Colombo: Sri Lankans today voted in large numbers in the bitterly contested presidential election in which incumbent Mahinda Rajapaksa is seeking a record third term against his friend-turned-foe Maithripala Sirisena, with an unusually high voter turnout in Tamil and Muslim areas.

Election officials estimated more than 65-70 per cent voting in most places in the first seven hours of voting.

There were no major reports of violence, although private monitoring group the Campaign for Free and Fair Elections (CaFFE) said some voters had been prevented from voting that ended at 4 pm local time.

“We hope to announce the first postal vote result by 10 pm tonight,” Mahinda Deshapriya, the Commissioner of Elections, said.

Some 1,586,598 of the country’s 21 million population are eligible to vote. About 1,076 polling stations were set for elections.

There are 19 candidates in the fray. But the main fight is between two-term president 69-year-old Rajapaksa and his 63-year-old former cabinet colleague Sirisena.

Long queues were seen outside the polling stations around the country.

“There is heavy polling everywhere,” Keerthi Tennakoon of Campaign for Free and Fair Elections (CAFFE) said.

Rajapaksa said he was confident he would return to power as he cast his ballot.

“We will have a resounding victory. That is very clear. From tomorrow, we will start implementing our manifesto,” he told reporters in his constituency in Hambantota.

Voters from minority Tamil community turned out to vote in large numbers in the areas dominated by them, defying intimidation attempts.

In the three northern districts of Tamil regions in Jaffna, Kilinochchi and Mullaithivu over 50 per cent polling was recorded.

In some Muslim dominated areas, mosques’ loudspeakers were used by the community members to encourage voters to cast their votes.

“People are keen to vote, there were several hundreds already queueing up when the poll stations opened,” said E Saravanabhavan, a Tamil parliamentarian from Tamil National Alliance (TNA).

Tennakoon said that there was remarkable enthusiasm in the Muslim dominated Puttalam in the north western province.

“In a polling station for 1,200 voters, 800 of them finished voting in the first hour,” Tennakoon said.

The Tamils angered by Rajapaksa’s successful military campaign that crushed the LTTE were expected to favour his rival, the opposition unity candidate, Sirisena.

COLOMBO:Hundreds of thousands voted across Sri Lanka Thursday in presidential elections in which incumbent Mahinda Rajapaksa is being challenged by opposition candidate Maithripala Sirisena.

Barring a grenade attack in the northern Tamil town of Point Pedro that apparently wounded none, the electoral battle was peaceful, media reports said.

Rajapaksa is fighting for an unprecedented third term. His former health minister Sirisena is the candidate fielded by the New Democratic Front (NDF), a grouping of virtually all opposition parties.

More than 14.5 million people are eligible to vote. The results will be known Friday.

Election monitors and officials reported the grenade attack in Point Pedro in Jaffna peninsula. The explosion spread fear among voters but did not cause any casualties, Xinhua reported.

The election monitoring group, Campaign for Free and Fair Election (CaFFE), said the grenade attack took place 800 metres away from a polling booth.

The Centre for Monitoring Election Violence (CMEV) reported brisk voting in the Sinhalese-dominated southern parts of the country. In the mainly Tamil north, the voter turnout was low in the first few hours.

CMEV said among the incidents reported to them was one over the pens used to mark the ballot papers.

Elections Commissioner Mahinda Deshapriya had said that only pens issued by his department should be used to mark the votes.

The CMEV said that some voters found that pencils were issued at some polling booths and not pens for the voters.

Besides Rajapaksa and Sirisena, 17 others from minor political parties or independents are also in the fray.

Comments Off on Sri Lanka Votes Peacefully to Elect President 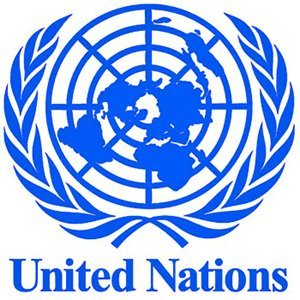 The UN and the governments of the Americas condemned Wednesday’s deadly attack on a French satirical weekly as as assault on the universal rights of free expression.

France’s deadliest terror event in decades began shortly after 11.30 a.m., when at least three men armed with assault rifles and a rocket launcher burst into the Paris offices of Charlie Hebdo.

The assailants killed 12 people – including Charlie Hebdo’s editor and three acclaimed cartoonists – and left 11 others wounded.

Survivors said the attackers shouted “God is great” and “we have avenged the prophet,” apparently referring to Charlie Hebdo’s previous publication of cartoons of the prophet Mohammed.

“I am appalled and deeply shocked by the attack against Charlie Hebdo in Paris this morning,” UN Secretary-General Ban Ki-moon said. “This is an attack against freedom of expression and freedom of the press – the two pillars of democracy.”

“This horrific attack is meant to divide. We must not fall into that trap. This is a moment for solidarity. Around the world, we must stand strong for freedom of expression and tolerance and stand against forces of division and hate,” Ban said.

US President Barack Obama issued a statement condemning “the horrific shooting” and offering assistance to France “to help bring these terrorists to justice.”

“We convey our condolences to the families, friends of the victims, to the French government and people, and together with the rest of the world we ask for justice,” Venezuelan President Nicolas Maduro wrote on Twitter.

“I would like to express my dismay and send my condolences to the French government, to President François Hollande and to the French people,” Chilean head of state Michelle Bachelet said.

Mexican President Enrique Peña Nieto stressed the rejection of terrorism “in all its forms and manifestations” and offered his “most sincere condolences to the French people and government, as well as to the victims’ families.”

Russian President Vladimir Putin expressed his deep condolences to French President Francois Hollande over the deadly terrorist attack, and called the attack a “cynical crime,” Puin reaffirmed his readiness to continue cooperation in the fight against terror threat, he said.

“Our thoughts are with the families of those who have lost loved ones, those injured in this brutal attack, and the people of France,” he said.

“We strongly condemn the heinous terrorist attack on the Charlie Hebdo Magazine in Paris today that has killed 12 and injured 20 people,” Erdogan said in a written statement.

British Prime Minister David Cameron while denouncing the attack said in a statement that “What has happened in Paris is an appalling terrorist outrage and I know that everyone in Britain will want to stand with the French government and with the French people at this time,”

“We must never allow the values that we hold dear, of democracy, of freedom of speech to be damaged by these terrorists,” he added.

Similar sentiments were expressed by all of the region’s governments.

Media workers associations in several Latin American countries denounced the bloodbath at Charlie Hebdo, as did the New York-based Committee to Protect Journalists.

“Around the world, journalists working in their own countries are targeted and killed because of what they publish or broadcast. An attack of this nature in Paris shows that the threat to journalists and free expression is global, with no safe haven,” CPJ Executive Director Joel Simon said.

Rajapaksa, Sirisena Fate in the Balance as SL Goes to Poll

COLOMBO: Fifteen million Sri Lankan voters will be choosing the island nation’s next President in an evenly contested election on Thursday. Over 20,000 local and foreign monitors, including India’s former Chief Election Commissioner, SY Quraishi, along with 66,000 armed police will be keeping vigil.

According to the Centre for Monitoring Election Violence, as on Tuesday, there were 420 incidents out of which 237 were major. In 26 cases, firearms were used, but there were no casualties. The police and the law courts have been quick to act against miscreants even if they are major politicos. Among those arrested are Senthil Thondaman and Kapila Sirisena, younger brother of joint opposition candidate Maithripala Sirisena.

Though there are 19 candidates, the fight is basically between incumbent President Mahinda Rajapaksa and Maithripala Sirisena.

Pre-poll opinion surveys have shown varying results, but all have predicted a narrow win. While Sirisena’s loyalists predict a 53 per cent score for him, Rajapaksa’s supporters say that he will win by 54 per cent. A minority is talking of the possibility of no one making it in the first round with a score of 50 per cent of votes plus one vote. The Sinhalese, who are 74 per cent of the population, are perceived to be divided. Sirisena’s supporters say that he will win because he has in addition the support of the Tamils and Muslims. But Rajapaksa is confident that he will get more of the Sinhalese votes than projected, because women, senior citizens and rural people are still with him. He is also counting on Tamils to reject Sirisena as he has done nothing particularly for them. While Rajapaksa is projecting himself as a harbinger of peace, security, strong government, Sirisena is projecting himself as a democrat who will release Sri Lanka from the dictatorship of Rajapaksa.

Comments Off on Rajapaksa, Sirisena Fate in the Balance as SL Goes to Poll

Mahinda Deshapriya said the counting of votes would be delayed till all the ballot boxes reach the respective counting centres.

There have been concerns over attempts to intimidate election officers.

Deshapriya said the ballot boxes have been sent to polling centres. The election will begin at 7 a.m. Thursday. The results will be out Friday.

“If there is an issue even at one counting centre, we will need to decide if we are going to suspend counting of votes,” he said.

“So we will wait till all the ballot boxes reach the counting centres before we start the count.”

Deshapriya urged the media to avoid publishing false news, including reports that some political figures had fled Sri Lanka or were under house arrest.

He said action had been taken to crack down on attempts to publish posters and leaflets which damage the image of some people.

He said he was also investigating reports that the army had been sent to some polling areas in the Tamil-majority north to disrupt the polling.