Sri Lanka’s beleaguered former president Mahinda Rajapaksa today asked the new government to stop “political revenge”, a day after his country home in the southern province was raided by police.

“Our family has been in politics since 1931. But never our homes came to be searched. I ask them to stop this political revenge,” 69-year-old Rajapaksa said in the central town of Kandy.

He was reacting to a raid of his country home in Tangalle in the district of Hambantota by police who were looking for a Lamborghini sports car but the search drew a blank.

Since the defeat at the hands of Maithripala Sirisena in the January 8 election, Rajapaksa has faced a tough time, with the new government accusing him of a failed coup attempt to deny Sirisena victory.

A complaint has been lodged against Rajapaksa and his family members over graft claims by the Marxist Janatha Vimukthi Peramuna, a key partner of the new ruling coalition.

The state media has been showing visuals of the Rajapaksa family’s extravagant life styles.
He and his sons and two powerful brothers Gotabhaya and Basil have also been reported to the anti-graft commission.

A police unit which carried out a raid on a fire arms store belonging to Rakna Lanka, a security firm under the then defence ministry secretary Gotabhaya, said that some of the weapons have gone missing.

Out of the 3,473 fire arms in the inventory, only 151 were physically available.
The police also swooped on a floating armoury maintained by a private firm under contract to the Ministry of Defence.

The new Finance Minister Ravi Karunanayake charged that over 7 billion rupees of Ministry of Defence monies had been deposited in an irregular bank account.

Mahinda Rajapaksa ruled since 2005 and is credited with ending the LTTE separatist war.

Comments Off on Rajapaksa tells govt to stop ‘political revenge’ 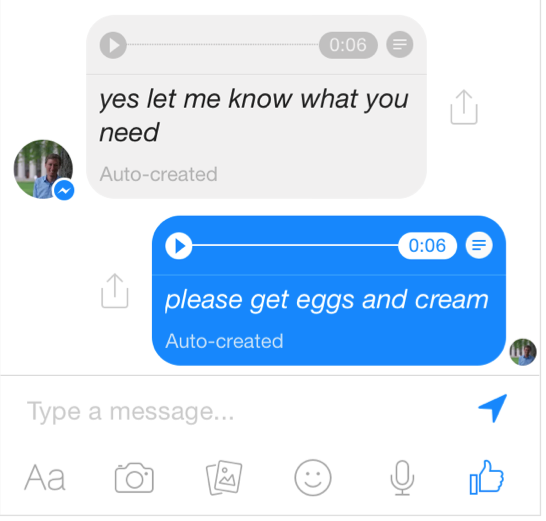 Social networking giant Facebook will soon let you read the voice messages your friends send you through Facebook Messenger.

The company has started rolling out a voice transcription feature to select Facebook Messenger accounts. The selected users will be able to read the text of voice messages they send and receive.

David Marcus, VP, messaging products at Facebook posted a screenshot of the feature and announced that the social networking service is rolling out a small test that helps people read the voice clips they receive instead of having to play them out loud.

Comments Off on Facebook Testing Voice To Text Feature On Messenger

Sri Lanka’s foreign minister Mangala Samaraweera has accused former president Mahinda Rajapaksa of planning a coup in the early hours of January 9 when it was becoming clear that he was in for a shock defeat by the combined opposition candidate Maithripala Sirisena in a presidential election called two years early by Rajapaksa himself.

“Yes,there was fear of a real coup,” Samaraweera told a small group of journalists here today, soon after he met prime minister Narendra Modi, adding, “I have made a complaint to the Central Investigation Department (CID) about the fact that there was a conspiracy or conversation in Temple Trees, in the early hours of January 9, to declare a state of emergency and subvert the Constitution,” he added, referring to the official residence of the Sri Lankan president in Colombo.

According to Samaraweera, Rajapaksa, his brother and former defence secretary Gotabhaya Rajapaksa as well as former foreign minister G L Peiris, were in conversation that fateful night contemplating this course of action. To validate his intentions, Rajapaksa is then believed to have summoned the Attorney-General, the army commander as well as the inspector-general of police (IGP), all of whom “vehemently opposed the move.”

Samaraweera’s accusation comes in the wake of reports in the Sri Lankan press in which India’s intelligence representative in the Colombo mission was allegedly asked to return home in late November 2014, ostensibly because he was plotting the overthrow of Rajapaksa.

The ministry of external affairs in Delhi has denied that report. But Samaraweera, whose visit to Delhi over the last three days was clearly aimed at reassuring Delhi of the new government in Colombo’s intentions of being a close friend despite their troubled times in recent years, was pressing all the right buttons in his meeting with the Delhi media.

“The time had come to heal the wounds of the past, not to rake it up,” he said, adding, “we owe it to the people who have suffered for years, to ensure that the truth is uncovered, if Sri Lanka has to move forward as a multi-ethnic, multi-religious democratic nation.”

The truth, he said, also lay in the report of the Lessons Learnt & Reconciliation Commission (LLRC), which was given short shrift by the former Rajapaksa government even though it was he who had set it up to explain the context, the causes and the outcome of the 26-year-old war between Colombo and the LTTE which ended in May 2009.

Samaraweera said it was his government’s determination to demilitarise the Tamil-majority Northern Province and relocate the several thousand Tamils who were forcibly separated from their lands, including to build a golf course, and relocated to other areas.

On the 13th amendment, which gives land and police powers to elected Tamil governments in the North and East, and which was brokered by India as long ago as 1987, Samaraweera was much more vague, only adding that this was under discussion and would be decided only after the general elections.

He said he had spoken to the Tamil National Alliance, in power in the Northern Province, about this and both sides had agreed that “the priority was to get the fundamentals right.”

Asked to explain an earlier statement by the Sri Lankan leadership in which it had been said that Colombo would have equal relations with India, China and Pakistan, Samaraweera added : “Yes of course, we will not tilt towards any other power, but of course India being our close neighbor is a special case,” he said.

Samaraweera confirmed that Sri Lankan president would visit India in February or March, his first country abroad after his election, and soon after the long overdue India-Sri Lanka joint commission meeting was held.