SAN JOSE: Lamenting that the UN has been unable to define terrorism in 70 years, Prime Minister Narendra Modi today said if it takes so long in doing so, then how many years will be required to deal with the menace.

“We put pressure on the UN. The UN is celebrating its 70th anniversary but till now it has not been able to arrive at a definition for terrorism. If defining it takes so much time, then how many years will it take to to tackle terrorism,” Modi said in his speech at the SAP Centre here.

It is the UN’s responsibility to spell out clearly who it considers a terrorist so that the international community can chart out its path to usher in peace, he said.

“At a time when we are observing the 70th anniversary of the UN, it is the world body’s responsibility to come out in clear terms who it considers a terrorist and who is on the side of humanity. Once it has to be made clear so that the world can decide which path it should follow and only then peace will prevail,” Modi said.

The Prime Minister said he was hopeful that the UN will not be able to further delay a decision on such a serious issue.

Observing that India has been a victim of terrorism for the past 40 years, Modi said the West and many other countries woke up to the menace of terrorism only after they faced bomb blasts or terror attacks.

“We cannot let 21st century to be stained with terrorism,” Modi said, adding, “the world has to stand united in tackling terrorism.”

Noting that India is the land of Mahatma Gandhi and Gautam Buddha who preached peace and non-violence to the world, he said, “the world has to realise that terrorism can hit anyone at anyplace, and it is the world’s responsibility to recognise it and unite against terrorism.”

Indian diaspora and several top American lawmakers were present on the occasion. 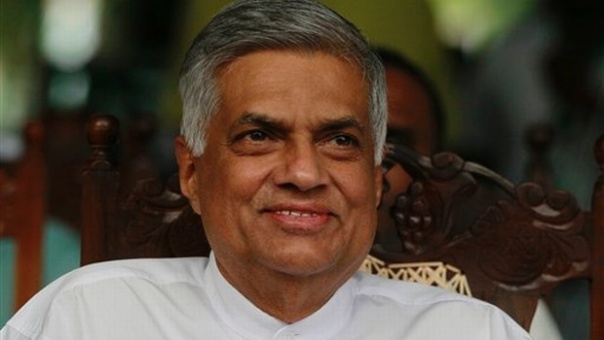 COLOMBO: Sri Lanka’s domestic mechanism to probe the alleged rights abuses during the military conflict with the LTTE cannot have foreign judges due to constitutional impediments, Prime Minister Ranil Wickremesinghe said today.
Wickremesinghe said his government could only act within the framework of the Sri Lankan Constitution, which does not allow foreign judges to operate in the country.

He, however, said that international expertise would be welcomed but the country’s judiciary would have to approve the extent of their involvement.

The Sri Lankan Premier’s assertions came in the backdrop of UN High Commissioner for Human Rights Zeid Ra’ad Al Hussein call for a hybrid special court, integrating international judges, prosecutors, lawyers and investigators to probe the alleged rights abuses during the civil war that ended in 2009.

But a US-sponsored draft resolution has called for a domestic judicial mechanism that includes foreign judges to probe the war crimes — in contrast to Al Hussein’s report.

Sri Lanka has been consistently insisting on a domestic mechanism to investigate the matter.
Rights groups claim that the Sri Lankan military killed 40,000 civilians in the final months of the three decade-long brutal ethnic conflict.

Addressing reporters, Wickremesinghe said his Foreign Minister Mangala Samaraweera would be having talks with the UNHRC to apprise them of the local constitutional impediments.
Sri Lanka is averse to an international probe as it tends to cause displeasure among the Sinhala majority, who are opposed to military officials being tried for war crimes in combating the separatists Liberation Tigers of Tamil Eelam.

The foremost among those who could be tried will be former president Mahinda Rajapaksa and his brother Gotabhaya – then powerful defence secretary who spearheaded the crushing of the LTTE’s mighty military machinery.

Wickremesinghe said he and his government had saved both the Rajapaksas from facing an international war crimes inquiry by “properly handling” the issue since January.

It was Rajapaksa’s blunder that forced Sri Lanka to subject it to an international inquiry, said Wickremesinghe.