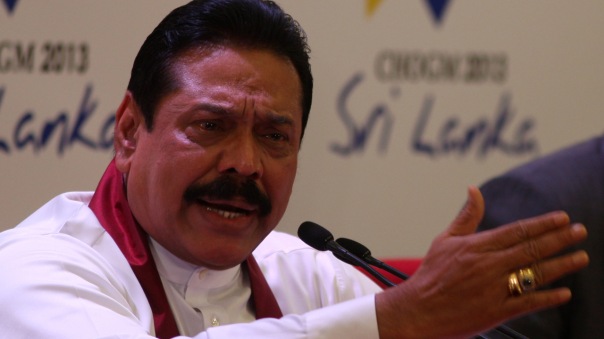 COLOMBO: Former Sri Lankan President Mahinda Rajapaksa has asked the Lankan government to reject the UN and US demand for the involvement of foreign judges, prosecutors and investigators in the Special Court which is to be set up to try the accused in war crimes cases.

“If there are allegations of wrongdoing against any member of the armed forces, I strongly believe that those should be tried under the existing Sri Lankan law, under our present courts system and by our judges and our Attorney-General’s department,” Rajapaksa said in a statement on Tuesday.

“The recommendation that the Office of the High Commissioner for Human Rights (OHCHR) be allowed to establish a permanent presence in this country to monitor the human rights situation makes no sense since the country has been at peace for over 6 years with no allegations of on-going human rights violations,” he added.

“The OHCHR has also recommended that the Supreme Court of Sri Lanka should retract its refusal to accept the competence of the UN Human Rights Committee to consider individual complaints from Sri Lanka. In my view, such an arrangement would not be of any benefit to Sri Lanka,” Rajapaksa said.

“It has also been recommended by the OHCHR report that the Sri Lankan government  develop a vetting process to ‘remove from office’ security force personnel who are believed to have been involved in human rights violations. Nobody can, or should be removed from office on the basis of unsubstantiated allegations or on mere suspicions. The government should be mindful of the fact that these recommendations are being made by forces that tried their best to stop the final offensive against the LTTE but failed,” the former President said.

“ The OHCHR has also recommended the repeal of the Prevention of Terrorism Act (PTA) and the Public Security Ordinance and the formulation of a new national security framework. But Sri Lanka would not have survived as a state if not for these laws,” he pointed out.

Comments Off on Keep Foreigners Out of Sri Lankan Judicial System and Rights Monitoring: Rajapaksa