YouTube will start producing its own content later this year, but before doing anything, the Google-owned platform has made a key signing that should give it the edge. Former MTV executive Susanne Daniels has been hired to be vice president of YouTube Originals.

In football terms, it’s like signing Ronaldo. They’ve both been around for a while and always had success along the way. In short, YouTube has picked wisely.

It may be the world’s most popular video site, but a major platform like YouTube should be making more money and generating more advertising revenue. That’s where YouTube Originals comes in. It should bring more people to the site for longer, in particular the homepage, where much of the adverts are placed.

The signing of Daniels is certainly encouraging. Until recently she was the president of programming for MTV, and played a big part in launching several smash-hit shows, including Army Wives, Dawson’s Creek, and Gilmore Girls.

YouTube already has a colourful roster of ‘stars’, which regularly pump out widely viewed content. Although with Facebook and the Vessel starting to ramp up their video offerings, YouTube probably feels it’s time to up the budget and the quality of its original programming.

Daniels has proven experience producing youth-oriented shows, so the appointment makes perfect sense. If YouTube can make fresh, exciting content like MTV did in the ‘90s, then it’s on to a winner.

NASA Wants You to Decode Earthquakes

WASHINGTON: A new NASA challenge is looking for evidence to support a theory that electromagnetic pulses (EMP) may precede an earthquake, potentially offering warning to those in a temblor’s path.

The “Quest for Quakes” two-week algorithm challenge seeks to develop new software codes to search through data and identify electromagnetic pulses that may precede an earthquake.

“Developing a reliable approach that can separate potential earthquake-induced electromagnetic pulses from the myriad of natural and anthropogenic sources has been a significant challenge,” said Craig Dobson, programme scientist at NASA headquarters in Washington.

“We look forward to seeing the innovative ideas from this competition and learning more about this controversial phenomenon,” said Dobson.

Some researchers have speculated such pulses originating from the ground near earthquake epicenters could signal the onset of some quakes. The challenge opened for registration on July 21 and competitors will be able to submit entries from July 27 to August 9.

Contestants will be provided with electromagnetic signal data collected over three-month duration from multiple sensors in the proximity of past earthquakes.

Control data with no earthquakes also will be included. Coders will have two weeks to develop a new approach to extract the signals and identify potential earthquake precursors.

The individuals or teams developing winning approaches will share a $25,000 prize.

Comments Off on NASA Wants You to Decode Earthquakes 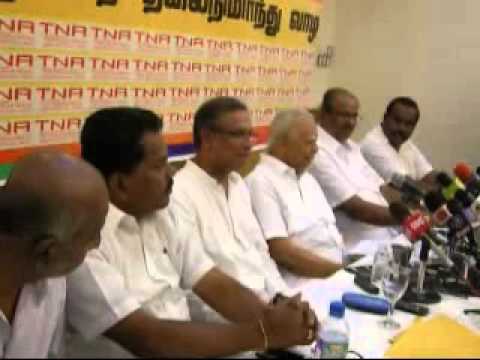 The Tamil National Alliance (TNA), a coalition of four parties in Sri Lanka, on Saturday reiterated its adherence to the right to self determination for Tamils and the re-merger of the Northern and Eastern Provinces under federal structure.

While pointing out that Tamil-speaking Muslims would be entitled to be beneficiaries of “all power-sharing arrangements in the North-East,” the Alliance, in its manifesto released on Saturday, said “this will no way inflict any disability on any people.”

R. Sampanthan, TNA leader, who released the coalition’s manifesto for the next month’s Parliamentary elections near a Anjaneyar temple in Maruthanamadam near here, asserted that “there is no way out.”

He made this observation, while replying to a query on the principal political formations of Sri Lanka accepting the TNA’s demands on the right to self determination and federalism. “I am hopeful that they will realise that majoritarianism is not a solution to the country’s national problem.” he said, adding that the formations would accept the Alliance’s position reflected through the manifesto.

Asked whether the TNA would make the acceptance of its demands as a pre-condition to getting its support in the post-election scenario, Mr Sampanthan replied in the negative and said the Alliance would engage itself with everyone. Its approach would be “positive and constructive.”

The Alliance, while seeking fulfillment of resolutions adopted at the United Nations Human Rights Council from 2012 to 2014 and recommendations of report to be released in September this year,  called for “meaningful demilitarization” resulting in the return to the pre-war situation as existed in 1983, speedy resettlement of displaced Tamils in the North and the East.  The involvement of the international community in the Tamil question was “inevitable to achieve permanent peace through genuine reconciliation,” enabling all people living in the country to live as equal citizens.