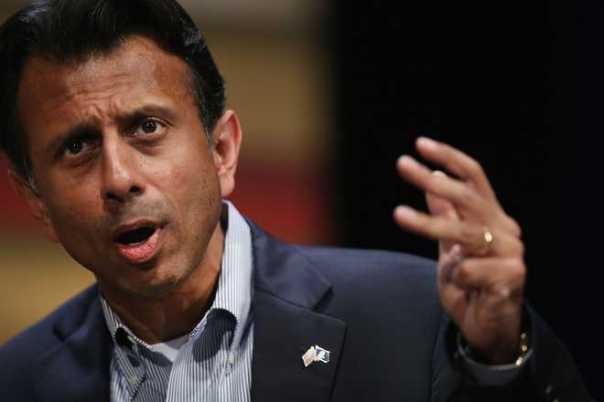 Indian-American Bobby Jindal is unlikely to figure in the first Republican presidential debate on August 6 as his national poll ratings has kept him out of the list of popular top 10 candidates so far.

Top Republican presidential contenders have begun preparations for their maiden GOP debate on August 6 to be hosted by the Fox News, which has announced that only those figuring in first 10 of the average of recent polls would be invited.

As of now the lead is taken by billionaire Donald Trump followed by Jeb Bush, former Florida Governor.

In none of the opinion polls so far, Jindal has figured in the top 10 list, as his national popularity rating has been hovering around two-three per cent.

Politico yesterday reported that Bobby Jindal and Rick Santorum are among the two major candidates who are out of the first Republican debate.

Jindal might get a chance only if he makes a significant improvement in his national polls or popularity of those in the bottom of top 10 falls down.

Bush, who is leading in raising maximum amount of money so far, yesterday launched a debate watch party.

New Jersey Governor Chris Christie and former Texas Governor Rick Perry are the closest to being knocked out of the debate along with Jindal. Meanwhile, Jindal continued with his relentless campaign in Iowa.

On the campaign trail, Jindal said the Secretary of State, John Kerry, is either lying or incompetent for continually arguing that he never pushed for anytime, anywhere inspections in Iran.

In his remarks, Jindal said that a foreign policy of peace through strength is what the US need to restore America’s standing on the world stage, and alleged the Obama Administration’s policy of appeasement has never worked and is shameful.

WASHINGTON: Barack Obama’s presidency has not united whites and blacks in America, a new poll suggests, noting that Americans’ negative views on the state of race relations in the country persist.

Just 15 percent of Americans think Obama’s presidency has brought whites and blacks closer together, according to a new CBS News/New York Times poll released on Thursday.

Blacks (30 percent) are more likely than whites (11 percent) to think the Obama presidency has brought blacks and whites closer together, though about half of both groups think his presidency hasn’t made much difference.

Americans give a mixed review to Obama for his handling of race relations in the US, and white and black Americans assess his presidency differently on this measure, according to the poll.

Overall, 46 percent of Americans approve of how Obama is handling race relations, while 44 percent disapprove.

More specifically, although 62 percent of white Americans think the Obama administration’s policies treat both blacks and whites equally, more than a quarter of whites (27 percent) think his policies favour blacks over whites, up from just 12 percent in 2010.

This rises to 49 percent among whites who disapprove of the president’s handling of race relations.

In contrast, 85 percent of blacks think the policies of the Obama administration favour both blacks and whites equally.

Still, 45 percent of Americans think Obama has been judged more harshly because he is black; blacks (80 percent) are far more likely to think so than whites (37 percent).

And while many Americans remain critical of Obama’s handling of race relations, more Americans think the Democratic Party (44 percent) is more likely to improve race relations than the Republican Party (23 percent).

Positive opinions of race relations rose above 50 percent in the 2000s, and reached a high of 66 percent in April 2009, shortly after Barack Obama took office, CBS said.

But those positive assessments have not lasted: in mid-2014, after the conflicts between blacks and the police in Ferguson, Missouri, the percentage that said race relations are good dropped, it noted.

Comments Off on Obama Presidency Fails to Unite Whites and Blacks: Poll