As far as durability features go, the Galaxy S6 Active is designed to completely absorb drops from 4 feet or less and it can be submerged into 1.5 meters of water for up to 30 minutes. It’s officially listed as water-resistant and dustrproof as well.

As of this writing, no release date or pricing information have yet been announced and AT&T’s launch page only says the device is “coming soon.” That said, if AT&T has a video of the S6 Active posted, we can’t imagine official pricing and release information are that far away.

Apple to launch Android app to migrate users to iOS 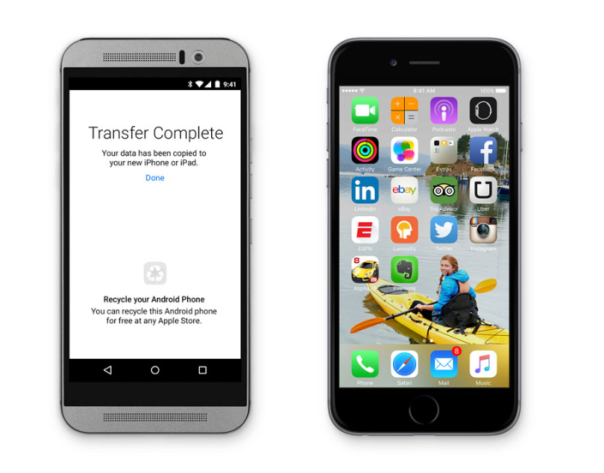 Move to iOS is an Android app that will allow users to migrate their data from Google’s Android mobile operating system — Apple’s biggest competitor — to Apple’s operating system, iOS. This will include, according to the brief preview on Apple’swebsite, contacts, photos and even apps that are available on both platforms.

“Just download the Move to iOS app to wirelessly switch from your Android device to your new iOS device,” Apple wrote.

“It securely transfers your contacts, message history, camera photos and videos, web bookmarks, mail accounts, calendars, wallpaper, and DRM-free songs and books. And it will help you rebuild your app library, too. Any free apps you used — like Facebook and Twitter — are suggested for download from the App Store. And your paid apps are added to your iTunes Wish List.”

When your data transfer is complete, you can then take your old Android phone to an Apple store for recycling.