To avoid militarising the internet, cyberspace needs written rules agreed by all 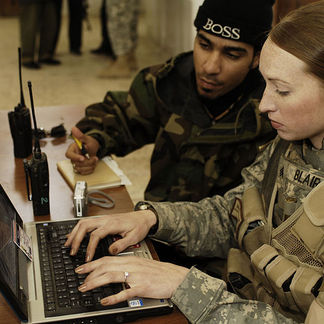 In the world of foreign affairs, there are written or unwritten rules – behavioural norms – under which states operate. But there is little, if any, comparable set of structures governing actions taken in cyberspace. As this becomes a larger and more important part of life and the security implications that arise, this poses a problem.

The US government recently released its strategy for cyberspace, the fourth update since 2010. Britain did the same in 2011 and again in 2013. The aim of the documents aim is to outline the consequences of foreign actions taken in cyberspace in order to provide a deterrent to their use. The problem is, that in order to promote an international norm that could be agreed upon, any global strategy should really be drawn up by a state that hasn’t already launched cyber-attacks.

For example, the US strategy document lists China, Russia, Iran, and North Korea as its prime digital enemies. The research that Ryan C Maness at Northeastern University and I undertook for our book on cyberwarfare found 20 attacks by China on the US from 2001-2011, three by Russia, one by Iran, and three by North Korea. After 2011, there have been Russian intrusions into the White House and Department of State, Iran’s attack on Saudi Arabia in 2012, and North Korea’s attack on Sony in 2014.

What is needed is a set of understood norms that specify the consequences of offensive actions taken in cyberspace. According to the US strategy, around 2% of the cyber attacks listed would invite a military response since they are of a significantly offensive nature, rather than merely inconveniences. Unfortunately, these statements alone would not be a deterrent. A military response may be an option for the US, but ultimately such threats are deemed empty without a demonstrated commitment to carry them out.

This is the classic nuclear dilemma covered so well in Dr Strangelove. How could any nation be sure another would commit to retribution in a given situation? Consequences are not a sure thing – as Syria discovered with the US’s moving “red line” in relation to chemical weapons. Suggesting that the evidence was not at all definitive, the US declined to launch an attack because it cannot be sure that Syrian president, Bashar al-Assad, condoned the attacks.

Cyber attacks prompt even deeper questions, as attribution is very difficult – and, even then, knowing who is responsible is of limited value when launching a conventional strike. Just because certain actors within a country might be responsible for an attack does not mean that the nation should be held accountable and punished.

A proper global cybersecurity strategy would need to move beyond consequences and threats towards a greater consideration of norms that could provide a basis for a collective response to the violation of agreed rules. These could include the limitation of physical damage, an agreement that civilians and civilian infrastructure are off-limits and to keep critical infrastructure such as power or water supply out of bounds in order to avoid the potential for humanitarian disasters.

But it’s tough for the US to call for military responses to cyber attacks when it is itself linked to nine such attacks between 2001-2011, including deploying the Stuxnet malware on Iran, the most advanced attack to date – not to mention all the revelations of the Snowden files. Other European nations can play a role here: with little connection to cyber-attacks, they could take a hand in outlining the future rules of the game without being hamstrung by obvious claims of hypocrisy and hidden agendas.

Cyberspace is the natural domain of research, education, social interaction and commerce. As far as is possible it needs to avoid militarisation. A just and proper strategy for cyberspace cannot be left to the aggressors or the victims to define – it is in the interest of all that every nation state contributes their voices.

Comments Off on To avoid militarising the internet, cyberspace needs written rules agreed by all

New York: Donated kidneys that are discarded due to abnormalities or other factors may soon be “recycled” to engineer tailor-made replacement kidneys for patients, the US scientists have reported in two studies. “We believe these two studies provide critical information to the booming field of organ bioengineering as it applies to the kidney,” said Giuseppe Orlando, transplant surgeon at the Wake Forest Baptist Medical Center in the US.

Orlando is part of a team at the Wake Forest Institute for Regenerative Medicine aiming to recycle human kidneys. Another group at the institute is doing the same thing with pig kidneys. The process begins by washing the discarded organs in a mild detergent to remove all cells.

The idea is to replace these cells with a patient’s own kidney stem cells, making a tailor-made organ that would not be rejected and would not require the use of powerful anti-rejection medication. In one study, the researchers evaluated whether the washing process affects kidney vessels called the glomerulus, which are vital to the kidney’s role of filtering contaminants out of the body.

In the study published in the journal Transplantation, the research team reported that the size, structure and function of the micro-vessels in the glomerulus are preserved after the cell-removal process. “The fact that they are preserved means they can potentially facilitate the repopulation of cells into the structure and reduce the potential of clot formation,” Orlando said.

In a separate study, published in the journal CellR4, the team reported on the interactions that occur when stem cells are placed on kidney structures that have been through the cell removal process. The team seeded stem cells harvested from amniotic fluid onto sections of kidney structures.

The scientists observed that the stem cells proliferated when placed on the structures and were functionally active as demonstrated by the fact that they secreted chemicals and growth factors involved in such critical pathways as inflammation and the formation of new blood vessels.

“These results indicate that discarded human kidneys are a suitable platform for engineering replacement kidneys and that when cells are added, the structures behave as an effective and viable biosystem,” Orlando said.

Comments Off on Recycled kidneys for transplant come a step closer 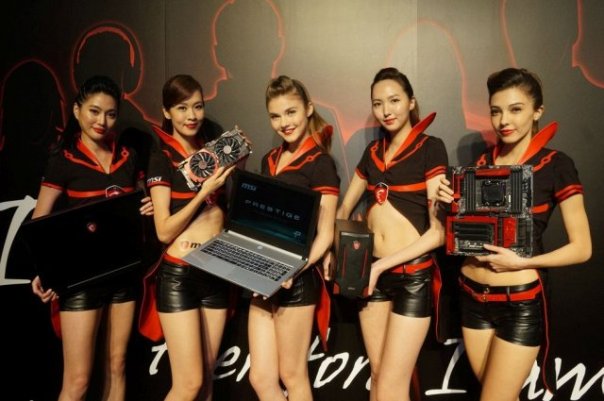 The true gamer on the go would be interested in MSI’s premium model gaming laptop, the 18.4-inch GT80 Titan. It features an i7 processor and an NVIDIA GeForce GTX 980M graphics card. The GT80 is also the first gaming laptop featuring an integrated mechanical keyboard for durability–and the most satisfying typing sounds, ever.

MSI is also adding Nahimic sound technology to its GE72, along with the GE62 and GS6/70, laptops. Nahimic sound is designed to bring more depth to audio. It was originally designed for military applications, and creates sharper, more realistic peripheral sounds in gaming. You can test it for yourself here.

Not to be forgotten is MSI’s Prestige Series laptop which wants to be a fusion of work and play. Its sleek, silver metallic exterior is all business. The Prestige has a backlit keyboard, but it uses white light, as blue or red are a bit vibrant for the workplace. It’s available in 15.6-inch and 17.3-inch versions. You can still game on this machine, featuring an i7 processor and an NVIDIA GeForce GTX 950M/960M GPU.

Comments Off on MSI showcases new gaming laptops at Computex 2015 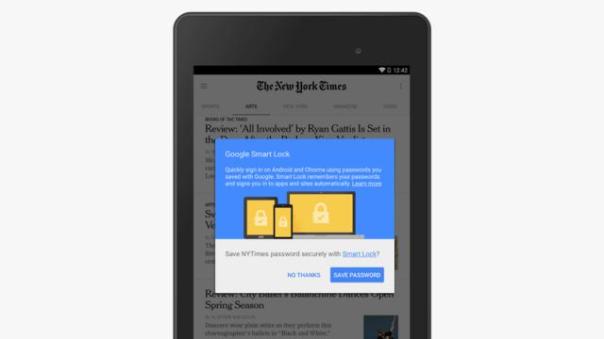 Google has announced a new Google Identity Platform that gives developers a suite of tools to secure apps. The new tool allows users to sign in to third party apps with their Google Login similar to the way they login into service like Gmail, Play, Google+, and other Google services.

The platform has three flagship tools including Smart Lock for Passwords, Google Sign-in and Identity Toolkit. Smart Lock comes with an integrated password manager that allows users to sign in automatically to Android apps. The feature also supports auto fills credentials on websites viewed with Chrome. Smart Lock prefills login credentials across devices and prompts the app to save a password for future use. The tools have been used by Google to secure its services internally for some time now and have extended the functionality to third-party apps and developers through APIs now.

Google Sign-in allows users to securely connect to an app or site. The feature enables users to sign in with a Google account to log onto other third-party apps that integrate Google Sign-in. According to a report, New York Times claims that it has experienced a significant increase in new user sign-ups due to the new easier Google Sign-in. Google Identity Toolkit comes with a comprehensive authentication system which the company describes allows developers to “do sign-in the right way.” The toolkit grows with apps and supports email and password authentication. Nontechnical developers can utilize the toolkit with simple configuration changes that add future sign-in options and migrate existing users.

Earlier today Google has also announced a ‘My account’ dashboard for users provides a ‘step-by-step guide’ through the users most important privacy and security settings. The new tool will give users more clarity on what information the internet giant can see from profiles and will also enable users to limit Google from logging their activities on PC’s and mobile devices. The internet giant has been working to boost the security of its Web and mobile apps and has started tweaking its search ranking algorithms to encourage more websites to use secure encrypted connections. Last year, the company announced encryption for all Gmail messages.

Microsoft Wi-Fi Could Be Launched Soon

It appears that Microsoft is gearing up to launch a new service called Microsoft Wi-Fi, which will basically be a revamp of the existing Skype Wi-Fi service that’s already available in many markets. Skype Wi-Fi provides pay-as-you-go Wi-Fi connectivity through millions of local hotspots. Users only pay for their connection time and not for data used, and they pay with Skype Credit. Microsoft Wi-Fi would not only be a rebranding but may bring about a substantial expansion for this service, and even a tie-in with business.
A barebones MicrosoftWiFi.com website is already up and running, MarkMonitor is listed as the domain owner, which is brand management company that also manages the domain for Microsoft.com so there’s no question about this being an elaborate fake.

Since Skype Wi-Fi will certainly bite the dust when Microsoft Wi-Fi arrives, it appears that users will no longer be able to pay for the service with Skype Credit. Microsoft may launch the new service under a subscription based model, or use carrier billing. Details on the payments are limited at this point in time because the company hasn’t made an official announcement yet.
Microsoft Wi-Fi may be provided to Office 365 subscribers for no extra charge, users could also get the service under the company’s Work and Play bundle.

The website mentions that users will get access to over 10 million access points around the world with this service, while Skype Wi-Fi only provided access to some 2 million hotspots.
It’s going to be cross-platform, working on Windows PC, iOS and Android. No word as yet from Redmond on when it will officially announce Microsoft Wi-Fi.

Comments Off on Microsoft Wi-Fi Could Be Launched Soon