The head of cricket’s anti-corruption unit has likened match fixers to pedophiles in the way they groom their victims.

Speaking to reporters about match fixers on Friday, ahead of next week’s start of the cricket World Cup, Ronnie Flanagan said: “They’ll trick them, coerce them, try and attract them, they’re almost like pedophiles in how they attempt to groom people.”

Flanagan said he is confident the International Cricket Council, with assistance from local law enforcement agencies, can ensure a World Cup free of corruption.

He said the ICC has handed a watch list of 100 known match-fixers or “corrupters” who are banned from entering World Cup venues to the New Zealand and Australian governments.

Players from the 14 competing nations will be reminded of their obligation to report suspicious behaviour.

All players will watch a video containing messages from Flanagan, other international players and disgraced Pakistan fast-bowler Mohammed Amir who was banned for five years for his involvement in spot fixing and warns players not to make the same mistake.

Flanagan warns players of criminals who will “do all in their power to get at players” and to lure then “into ultimately doing what suits their nefarious intentions in terms of illegal betting and other elements of criminality.”

“I’m certain the players, match officials and support staff will be working very carefully in support of what we do and we’ll work in partnership to ensure (match-fixers) never get their way in this tournament,” he said. 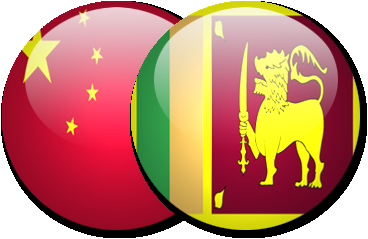 Sri Lanka’s cabinet said on Thursday it would allow a $1.5 billion “port city” deal with China to go ahead, dropping a threat to cancel a project approved by the previous government.

Cabinet spokesman Rajitha Senaratne said President Maithripala Sirisena would, however, discuss arrangements over the freehold of land to be used when he visits China in March.

Sri Lanka’s neighbour India has raised concern over security threats posed by Chinese ownership of the freehold of 20 hectares of land next to the main commercial port in Colombo. India uses Colombo as a transshipment port.

Sri Lanka’s new prime minister, Ranil Wickremesinghe, said before last month’s presidential vote he would cancel the deal if his party came to power because no environmental impact assessment (EIA) or feasibility study had been presented to parliament.

“The prime minister said that an EIA has been done for land reclamation. However, it needs a second EIA for constructions after the land is reclaimed,” Senaratne told reporters on Thursday, adding that a feasibility test had been carried out.

“He informed the cabinet that this has to be looked at with the relationship with China and to make any alterations where possible with the understanding of the Chinese government.”

Asked if this meant the government would allow the project to go ahead, the spokesman replied: “Yes.”

Speaking to Foreign Minister Mangala Samaraweera in Colombo, China’s assistant foreign minister, Liu Jianchao, said the plan, and another port project in the south, were good for Sri Lanka.

“(We) believe that the new Sri Lankan government will act upon the basic interests of Sino-Sri Lanka friendship and national development to ensure important cooperation projects do not experience ups and downs because of changes in the political situation,” China’s foreign ministry cited Liu as saying.

Under the proposed deal, 108 hectares of the site on reclaimed land would be taken over by China Communications Construction Co Ltd, including 20 hectares on an outright basis and the rest on a 99-year lease.

In a newspaper advertisement on Thursday, Jiang Houliang, head of CHEC Colombo Port City (Pvt) Ltd., a subsidiary of the state-owned Chinese investor, said his firm estimated 83,000 jobs and $13 billion of foreign direct investment would come from the project over 10 years.

The development will include shops, golf course, hotels, apartments and marinas.

Contradicting cabinet spokesman Dr.Rajitha Senaratne, the Sri Lankan Prime Minister Ranil Wickremesinghe told parliament here on Friday, that the controversial US$ 1. 4 billion Chinese-funded Colombo Port City project had not been cleared, and that it is being reviewed.

“There are many issues regarding the port city project. Therefore when this government came to power, I got down all the files relating to this project. When I inspected them, I found that all the required reports are not there. There is a deficiency in the EIA. Therefore, to inquire into this, we have appointed a separate committee. In addition to that, under my chairmanship we have appointed a cabinet subcommittee. After getting reports, we will take a decision. We will inquire and then take that committee’s report into consideration and take a decision. And at that stage we will inform this House,” Wickremesinghe said.

The Prime Minister’s clarification came a day after cabinet spokesman Rajitha Senaratne told the media that the Port City project had been found to be basically sound, and that only one environmental aspect remained to be studied. He had also said that the Prime Minister had felt that the project should be allowed to go through for the sake of good relations with China. The China Communication Construction Company, which is executing the project, is a Chinese government owned enterprise.

However, in reality Prime Minister Wickremesinghe has stuck to President Maithripala Sirisena policy of reviewing all Chinese funded and executed projects. These projects faced allegations of over invoicing and corruption. Sirisena had promised such reviews when he was standing for the Presidential election held last month.

Meanwhile, China’s Special Envoy and Assistant Minister for Foreign Affairs, Liu Jianchao, told the Lankan media here on Friday, that China is ready to submit all its projects for review, and that these projects will proceed further only upon getting clearance from the Lankan government.

Liu Jianchao, who is here on a two day visit, heading a 10-member delegation, said that he is confident that Sino-Lankan relations will continue to be strong.

In the context of China’s strong support for the earlier Rajapaka regime, Liu Jianchao was asked if China cares for good governance. The Special Envoy said that China believes in good governance but it also gives importance to “independence”. Independence from foreign interference in domestic matters is essential for economic development, he stated.

Asked to comment on the controversial visits of Chinese nuclear submarines to Lanka, which had irked India, the Chinese Special Envoy said that the visits had adhered to Sri Lankan laws. And, at any rate, other countries had also sent their warships to Lanka on visits, he pointed out.

Lankan Foreign Minister Samaraweera is scheduled to visit China in the latter part of this month at the invitation of the Chinese government. President Sirisena is to undertake a State Visit to China in March.