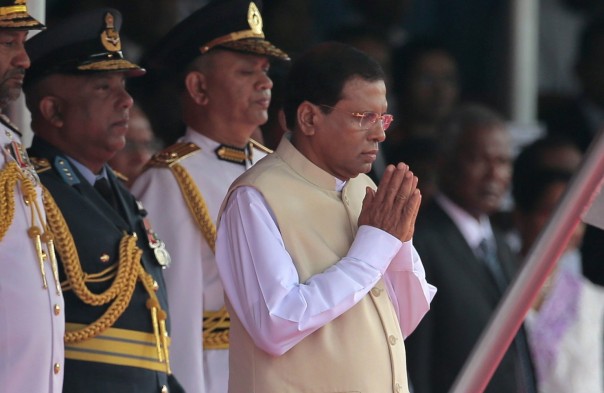 COLOMBO:Sri Lanka’s new President Maithripala Sirisena has renewed orders allowing troops to be deployed across the island, dampening hopes of a lower-profile military presence under his rule.

Sirisena’s election last month had been expected to lead to a lessening of the numbers of troops in towns and cities – particularly in former war zones – which was a prominent feature of his hardline predecessor Mahinda Rajapaksa’s tenure.

But, according to a presidential decree, Sirisena has now renewed a monthly authorisation for the deployment of troops.

The Tamil National Alliance (TNA) is miffed with the government for issuing the gazette notification deploying troops in all the districts of Lanka.

“This is unwarranted. When there is no violence in the North or anywhere in the country, why should troops be deployed and invested with police powers?” asked a livid Suresh Premachandran, TNA spokesman and MP for Jaffna district.

“We could understand why the previous Rajapaksa regime deployed troops. It had done many wrong things and was always expecting trouble from the people. But the Sirisena government has a clean image and yet it is deploying troops,” Premachandran said. President Sirisena seems to have forgotten that he was elected because of the overwhelming support he got from the Tamils, Premachandran pointed out.

Defending the action of the government, Cabinet spokesman Dr Rajitha Senaratne said that the gazette notification was a routine one issued during the time of national functions and election, adding, “we cannot move troops without such a notification”.

However, unconvinced by this, Premachandran asked, “Why was the deployment not annulled after independence day?”