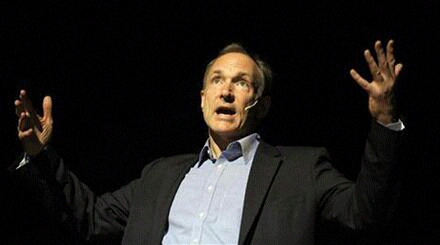 The computer scientist credited with inventing the World Wide Web says affordable access to the Internet should be recognized as a human right, as a report showed that billions of people still cannot go online and government surveillance and censorship are increasing.

Tim Berners-Lee said Thursday the Internet can help tackle inequality – but only if it comes with the rights to privacy and freedom of expression. The Briton, who launched the Web in 1990, made the remarks as he released his World Wide Web Foundation’s latest report tracking the Internet’s global impact.

The Web Index found that laws preventing mass online surveillance are weak or nonexistent in more than 84 per cent of countries. It also said that almost 40 percent of surveyed countries were blocking sensitive online content to a “moderate or extreme degree,” and that half of all Web users live in countries that severely restrict their rights online.

Almost 4.4 billion people – most of them in developing countries – still have no access to the Internet, the Web Index said.

“It’s time to recognize the Internet as a basic human right,” Berners-Lee said. “That means guaranteeing affordable access for all, ensuring Internet packets are delivered without commercial or political discrimination, and protecting the privacy and freedom of Web users regardless of where they live.”

Denmark, Finland, and Norway were ranked as top overall, meaning they were best at using the Internet for economic, political and social progress. At the bottom of a list of 86 countries were Yemen, Myanmar and Ethiopia.

Berners-Lee was working an engineer at the CERN laboratory in Geneva when he proposed the idea of a World Wide Web in 1989.

Posted on December 11, 2014, in Sri Lanka. Bookmark the permalink. Comments Off on World Wide Web inventor says Internet should be ‘human right’.