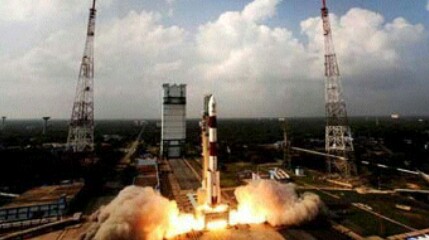 New Delhi: Indians were elated for becoming the first country in the world to enter the Martian orbit in its maiden attempt Wednesday, and many took to Facebook and Twitter saying “mission accomplished”.

Happy and proud Indians, including many living abroad, took to the social networking sites to express their happiness and share the moment of pride.

#Mangalyaan #MissionMars #proudindian were some of the top trending topics on Twitter and Facebook since Wednesday morning.

Praising the scientists of the state-run Indian Space Research Organisation (ISRO), Sonal Kalra wrote on her Facebook wall: “Nothing compares to the proud feeling of seeing the genuine smiles on the faces of Indian scientists.”

“Congratulations to all the scientists and engineers of ISRO on successfully inserting the Orbiter into Martian orbit, that too in the first attempt!” wrote Ravi Prakash on his wall.

Gauraw Patil was more impressed by the cost-effectiveness of the project.

“Mission accomplished. After world’s cheapest $2,500 car, $30 tablet, now comes mission to Mars at just $74 million. ISRO has achieved truly a remarkable feat that no one ever dreamed could be possible,” he tweeted.

Indians living abroad were all praise for the national broadcaster Doordarshan’s live coverage of the event.

Suyash Chopra, a resident of the US, tweeted: “Excellent coverage. You have been always BEST. Hats off to you guys. I watched Mars Mission LIVE from USA, courtesy DD (Doordarshan).”

India’s Mars Orbiter Mission (MOM) sped over 650 million km through deep space for over nine months to reach the Red Planet’s orbit, making India join the elite club of the US, Europe and Russia, which reached Mars after initial failures.

The Rs.450-crore ($70 million) ambitious mission was launched Nov 5, 2013, on board a polar rocket from spaceport Sriharikota off Bay of Bengal, about 80 km northeast of Chennai.

Posted on September 24, 2014, in Sri Lanka. Bookmark the permalink. Comments Off on Happy Indians take to Facebook, Twitter to hail ISRO.