Barack Obama: Will hunt down terrorists who threaten our country 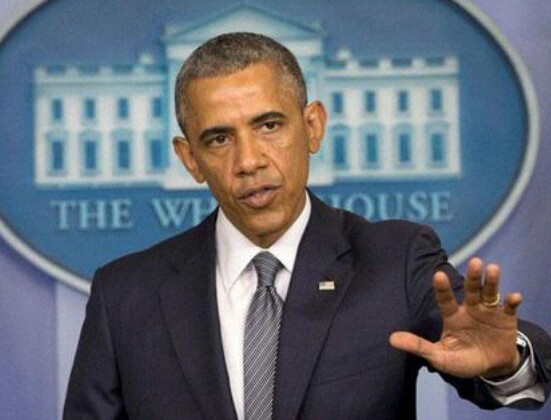 In a bid to take on the Islamic State of Iraq and Syria (ISIS) militants, US President Barack Obama on Wednesday revealed the plan to tackle ISIS.

Washington, Sept 11: In a bid to take on the Islamic State of Iraq and Syria (ISIS) militants, US President Barack Obama on Wednesday revealed the plan to tackle ISIS.

Obama, in a speech said that the ‘US would join hands with international bodies to take on ISIS, no matter where they were.’ “I have made it clear that we will hunt down terrorists, who threaten our country, wherever they are,” Obama said.

He added that he would not hesitate to take action against the ISIL (otherwise known as ISIS) in Syria as well as Iraq.

Obama then ordered fresh airstrikes in Syria as well as Iraq in a bid to flush out the ISIS militants. Obama annouced that 500 more troops would be dispatched to Iraq.

This comes days after Obama was criticised for saying that ‘he didn’t have a plan in place to fight of militants in Iraq.’ ISIS militants had released videos in August depicting the beheading of two American journalists who were held captive in Syria.

US had launched airstrikes in Iraq on the request of country’s former prime minister.

Posted on September 11, 2014, in Sri Lanka. Bookmark the permalink. Comments Off on Barack Obama: Will hunt down terrorists who threaten our country.