Xi to visit India, Lanka, Maldives from next week 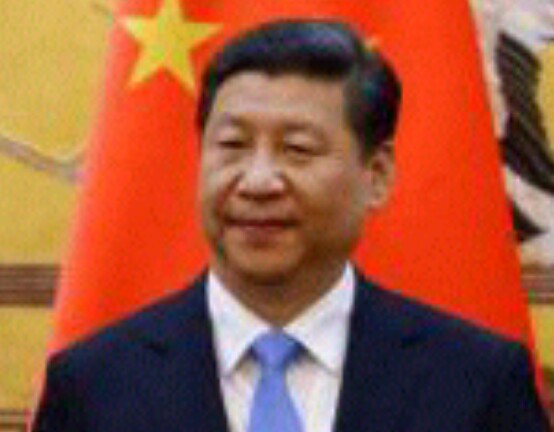 Chinese President Xi Jinping will visit India, Sri Lanka, Tajikistan and the Maldives from next week to bolster the country’s relations with South Asia and Central Asia.

The President is scheduled to attend the 14th meeting of the Council of Heads of the SCO member states on Thursday and Friday in Dushanbe, the capital of Tajikistan, said Qin.

Maldives was apparently including in Xi’s itinerary after the cancellation of his visit to Pakistan due to prevailing political situation there.

The dates for the visits to the subcontinent is yet to be announced.

Comments Off on Xi to visit India, Lanka, Maldives from next week

Petrol prices could come down further as early as next week aided by plunging crude oil prices that touched $99.36 ( R 5,995) a barrel on Monday, the lowest in 14 months.

The creeping increase in your monthly diesel bill may also end soon as the government may anytime soon announce de-regulation of diesel prices on the back of declining global oil prices.

Petrol prices have fallen by over R 5 a litre in August alone, and is currently selling at R 68.51 a litre in Delhi — the lowest since June last year. The next revision in petrol prices is expected on September 15.

Moreover, the losses of state-owned oil companies on diesel sales have got fully wiped out due to the fall in oil prices. If the trend continues, the government could consider a cut in the popular transport fuel before announcing complete deregulation of diesel price.

The fall in global oil prices below $100 a barrel on Monday could not have come at a more opportune time for the Indian economy, which is struggling to come out of its deepest slump in a quarter of a century.

Lower oil prices will also help the Narendra Modi-led BJP government deliver quickly on its electoral promises to cool inflation and revive the economy. The government is due to release consumer prices data for August on Friday.

In order to fulfil its poll pledge of ‘Achhe din aane wale hain’ (good days are ahead), the government needs to spin jobs for tens of millions of restive hopefuls, but elbow room has been extraordinarily tight for the Treasury so far, in the backdrop of high inflation and borrowing rates.

The softening of crude oil prices will help curtail fuel subsidies and help the government contain its fiscal deficit—a measure of the amount the government borrows to fund its expenses—at the budgeted level of 4.1% of GDP in 2014-15.

The Centre releases subsidy to compensate state oil firms for selling diesel, kerosene and cooking gas at below cost.

India, the world’s fourth-largest oil consumer, buys around 190 million tonnes of crude oil a year from global markets, which costs the economy $145 billion a year, or more than a third of its total import bill. Naturally, any leeway on this front is a big boost to the entire economy.

The Arab League called on Monday for its members to combat the Islamic State group, but stopped short of offering any specifics ahead of a speech by US President Barack Obama outlining America’s strategy for challenging the extremists.

The League’s resolution does not explicitly back an expanded American military operation targeting the group holding wide swathes of Iraq and Syria. It leaves room, however, for it to work with whatever approach Obama lays out during his planned speech Wednesday on the eve of the 13th anniversary of the September 11, 2001, terror attacks.

That could give Obama enough leeway to gather support from Arab countries already divided over the Syrian civil war.

“There will be no signing on a white paper,” said Mustafa Alani, the director of the security and defence department at the Gulf Research Centre in Geneva. Arabs are looking for “equal efforts in changing the situation in Syria. Without it, it is a lost war.”

Obama was to brief congressional leaders on Tuesday ahead of his televised address. Both Secretary of State John Kerry and Defence Secretary Chuck Hagel are expected to visit the Middle East this week to gather support for whatever action Obama unveils.

The League’s resolution, issued as a separate statement from a comprehensive one dealing with Arab affairs, reflected a new sense of urgency among the 22-member states to challenge the militant group. The Arab League’s chief has called the group an existential threat to Arab countries that should be dealt with firmly.

The resolution called for immediate measures to combat the group on the political, defence, security and legal levels. It also said the group’s finances and recruitment grounds should be dried up, without elaborating on any of the points.

The resolution also backed the United Nations resolution issued last month that imposed sanctions on a number of the group’s fighters and called on countries to adopt measures to combat terrorism. The council resolution was adopted under Chapter 7 of the UN Charter, meaning it can be militarily enforced.

Saudi Arabia and other countries in the region have been critical of the US reluctance to enter the Syrian civil war- in which Iran, a major non-Arab rival in the region, has been a main backer of the government of President Bashar Assad.

Saudi Arabia would vehemently oppose any international action against extremists that strengthens Assad’s hand or clears the path for his forces to regain territory. The US relying too heavily on Iranian assistance also could torpedo Saudi support for any proposal. Some Iranian Shiites have travelled to Iraq to protect shrines in the country, though the Islamic Republic’s government repeatedly has denied deploying troops there.

Saudi Arabia likely would be willing to openly support a US-backed coalition, but may not want to provide ground or air support since this could anger powerful ultraconservatives who despise Assad but view the Islamic State group’s Iraqi advance as a Sunni rebellion against Shiite oppression.

On Monday, the Saudi government said after its weekly Cabinet meeting that it supports the “firm” Arab League position.

Iraq is in the midst of an unprecedented crisis after the Islamic State group’s offensive, which included beheadings, mass killings and the targeting of minorities.

On Monday, an Islamic State suicide bomber drove an explosives-laden Humvee, apparently seized from the Iraqi military, into the gathering of a major Sunni tribe, the Jabour, and security forces in the town of Duluiyah, some 80 kilometres (45 miles) north of Baghdad, a police officer said.

The explosion killed 16 people and wounded at least 55, according to the officer and a health official, who both spoke on condition of anonymity because they were not authorized to talk to journalists.

After the bombing, militants crossed a small river on Duluiyah’s outskirts and attacked the town, setting off fierce clashes.

The Islamic State group claimed responsibility, saying two Saudi suicide bombers had targeted a police building and the gathering of Sunni militiamen. The authenticity of the online statement could not be independently verified, but it was posted on a Twitter account frequently used by the militant group. Iraqi officials said it knew of only one suicide attacker.

Duluiyah briefly fell to the Sunni-dominated Islamic State group for few days in July but the Jabour tribesmen, who have aligned themselves with the Iraqi forces in the battle against the extremists, took it back.

The rampage by Islamic State fighters has become Iraq’s worst crisis since the 2011 withdrawal of US troops. Iraqi security forces and Shiite militias have been fighting against the militants and, with assistance from US airstrikes, have made some progress in driving them back. On Monday, Iraqi security forces retook the Anbar provincial town of Barwana, across the Euphrates River from the town of Haditha, about 220 kilometres (140 miles) northwest of Baghdad.

The US military said it carried out five airstrikes Sunday and Monday using drones and attack fighters to help defend the Haditha dam, as well as Irbil, the Kurdish capital.

Meanwhile, parliament continued to discuss forming a new government Monday, a key step in facing the Islamic State group. But it was still unclear whether lawmakers would go ahead as planned since political rivals continued negotiating on the proposed line-up for cabinet by prime minister-designate Haider al-Abadi.